The Living Books samplers were either standalone CD-ROMs given away for free in magazines and the like, or built-in catalogs with the games. They would allow you to sample a page of each product out at the same time. These were always hosted by Simon the purple crow from The Tortoise and the Hare. The stand-alone CD samplers were sometimes included with the games themselves, but most of them had them built in. Unlike the standalone demos, English is the only language that can be tried on each of the titles (with the exception of Just Grandma and Me V2, since it allows you to swap it with a UI in-game), and the Read to Me function is excluded. Every sampler opened with Simon telling the user, "Hi! I'm your host, Simon. Welcome to the Living Books Sampler. Click on the arrows to select the sample of one of our great stories, and then click OK. Okay? Okay!". After selecting a certain product and clicking OK, Simon would then say, "After the first part of the story is read to you, use the mouse to click all over the screen and find lots of hidden surprises. When you're done, click on the page number button to come back here. Have fun! See ya!"

This sampler was made prior to the release of Dr. Seuss's ABC, although it has no differences from the real game besides having no music (which strangely carried into the other samplers with few exceptions) and having a man's voice instead of Ichabod's announcing the title of the book. It was also included on The Berenstain Bears Get in a Fight, hence the absence of it on this disc. There's no fading on this sampler except when the engine forces it to fade, which means every transition is just a normal cut. When the game is quit, Simon gives out information on where to buy the games, and how to contact Living Books by their (old) phone number (which is now defunct).

An alternate version of the menu, which is included in the files, had The Berenstain Bears Get in a Fight listed as one of the games instead of Dr. Seuss's ABC.

This one is very similar to sampler 1, except this one includes every title that uses the 512 x 384 resolution. The products are:

This one is mostly identical, except for the opening and closing screens. Simon does not give out contact information when the game is quit, instead just leaving on a simple "Okay, bye now!" This one still lacks the fading just like the previous sampler. For Sheila Rae, the Brave, the opening portion has a black background instead of white in the real game, and also plays as if it were in "Read to Me" mode (i.e. you can't click on the pictures to navigate).

Unlike any other sampler, this one was only shipped as an individual sampler CD and not on the discs of any game.

This is the biggest collection of demos of all 16 Living Books games. The products are:

Due to an engine upgrade, the background noise is always heard even during a running click point. This leads to several problems, but of particular note is Sheila Rae, where the dog is heard growling through the entire demo even when he's supposed to be interrupted. The demo of Stellaluna had the prototype version again as in previous games before it was released. This demo also has the opposite fading method– rather than having no fading– fading happens between every screen, even when it shouldn't. This sampler was included on the CD-ROMs Arthur's Computer Adventure and the 1998 reprint of Arthur's Teacher Trouble, but it is separate from the program. Due to running in 640 x 480, all of the 512 x 384 titles now have a watermark at the bottom of the screen. Simon went back to giving contact information here, and it also includes a code to get money off an order.

Prior to the individual sampler program with all the demos built in, there was a much older sampler CD from 1993 that only featured the first four games' V1.0 demos– as individual programs– all packed onto one disc, with no extra interface. It also includes a special offer to save $5 off any Living Book.

Starting with Dr. Seuss's ABC, a sampler was integrated into each product. They all would feature demos of all the games that precede it. Some exceptions: 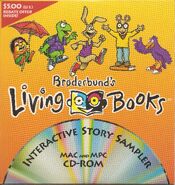 The front of the 1993 Sampler CD-ROM slip cover 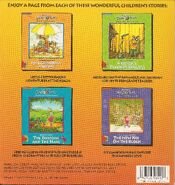 The back of the 1993 Sampler CD-ROM slip cover 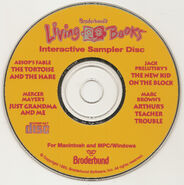 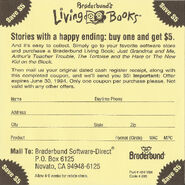 The CD-ROM disc for Sampler 1

The CD-ROM disc for Sampler 2 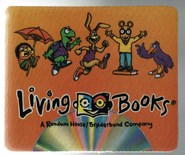 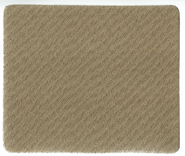 Living Books promotional mousepad (back)
Add a photo to this gallery
Retrieved from "https://livingbooks.fandom.com/wiki/Living_Books_Samplers?oldid=17840"
Community content is available under CC-BY-SA unless otherwise noted.